The city of Bern is the 9th most 🚲-friendly city worldwide!!

That’s according to the Bicycle Cities Index 2019, a study conducted by digital insurance company Coya, for which the conditions for cycling in 90 cities across the globe were analyzed based on 16 indicators across six main categories: weather, 🚲 usage, crime & safety, infrastructure, sharing and events.

Utrecht is joined by seven other European cities in the top 10, with Auckland (New Zealand) and Hangzhou (China) the only non-European cities near the top of the ranking.

American cities are conspicuously absent from the top 10 with San Francisco the highest-ranked U.S. city at 39th.

Latin American Metro de Santiago S.A., the capital of Chile, came as the 58th most bicycle-friendly city on this globe :)

Check out if your city managed to score a point in this Tour de World right here:

What should you do if your company's cycling initiative exceeds success expectations? 📈💣

This is how Urban Connect works

Swiss transportation system: how good is it? 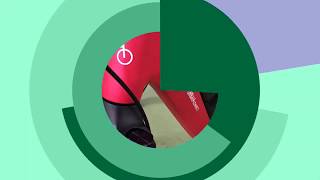 Happy International Women's Day 2019 from our office to yours

The first woman to cycle around the world

How to become the most 🚲-friendly workplace